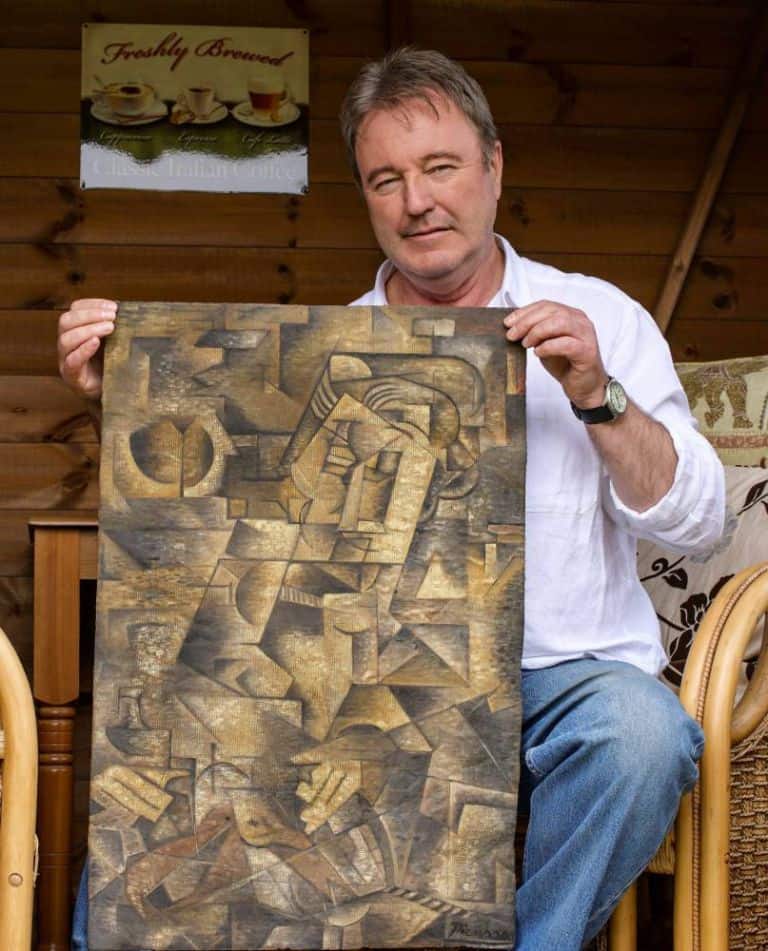 On 26th June 2015, Dominic Currie made headline news. He had supposedly discovered a Pablo Picasso painting rolled up in one of his mother’s old suitcases in the loft.

He claimed that the painting was given to his mother by his father, a Russian soldier in the 1950s who she had met on holiday in Poland.

Bendor Grosvenor, an art historian in Edinburgh, looked into Dominic’s claims and revealed that they were untrue. During the last six months, pieces of Soviet memorabilia had been bought from eBay using Curries wife’s account, one of which had a striking resemblance to the picture of Currie’s father.

After this discovery, he admitted that the whole story was a hoax, claiming it was performance art, to raise awareness of Scotland’s struggling artists. He was inspired by the recent sale of Picasso’s Women of Algiers, which sold for a record price of £115 million.

He believes that more should be done for struggling artists, as some are forced into working menial jobs because they can’t make a living. Despite training and perfecting their art, Curries feels it can often be overlooked because it has no history to it, even though the art is just as good.

The painting that he used for the hoax was then for sale on eBay, and the description caused quite a stir. Bearing a remarkable likeness to Picasso’s 1910 portrait of Daniel-Henry Kahnweiler, it is thought to be “probably the closest anyone outside of the Chicago Institute will ever be to possessing the real thing.”

“It is technically perfect in every detail and has the same monotones and brush strokes as the original Picasso in Chicago.”

Dominic has promised to make a donation to local artists following the sale of his painting.