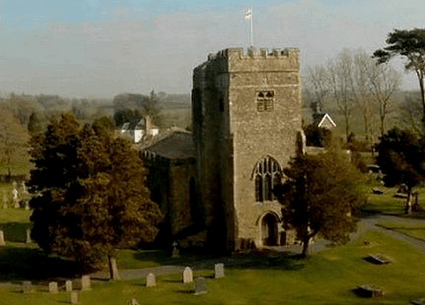 A lost masterpiece has been discovered in a Lancashire church. The painting, by Francesco Montemezzano, was hung in the church of St John the Baptist in Tunstall for two centuries before research by the BBC confirmed its value.

The churchwarden, Jane Greenhalgh, had contacted BBC TV’s Fake or Fortune a number of times to get them to identify the painting. It is suspected that it was probably bought in the 19th century by Frederick Needham, the former vicar of the church, as he had become a collector of Italian art.

The painting is a Pieta, which shows Christ dead in Mary’s arms after he was crucified.

Montemezzano was a late 16th century artist and studied at the 16th century Venetian school. It is believed that he was either a student of Paolo Veronese, a major painting teacher of that time or that he was heavily influenced by him.