When an oil painting has issues with its paint layer, it can give the painting a very unsightly appearance.

Such issues are very common for oil paintings, and every week we treat artworks which have problems with the paint layer.

It can be very distressing for art collectors to see such issues occurring – especially as these issues can be gradual and happen over time.

So although such issues can be very visually disturbing, there is always something that our conservators can do to fully stabilise a painting and ensure it has no further issues.

We’ve detailed some common issues below with examples and how we successfully restored these paintings. 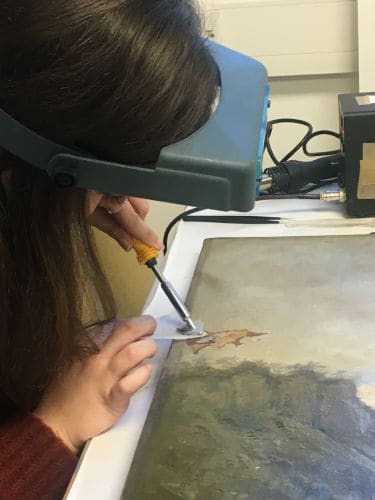 Arguably the most frequent paint issue we deal on a weekly basis is flaking paint, where small patches of the paint layer are lost from the painting.

There are a number of reasons why flaking paint can occur, such as due to an impact with an object, from water damage, and the painting being on a brittle and ageing canvas.

With contemporary paintings, flaking paint can occur where there are areas of impasto and the paint layer is notably raised.

The below painting has flaking paint caused by two main issues; the painting has impasto, and when created it was not given a ground layer which holds the paint layer in place. 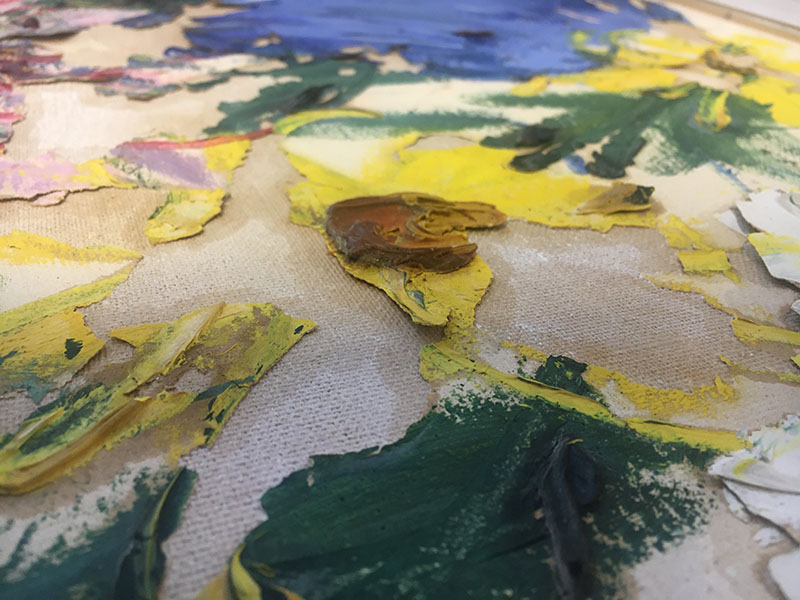 When the paint cracks on a painting, the layer lifts into a peaked tent shape and becomes raised. This is known as tenting paint and creates the appearance of ridged lines running across the painting.

There are various causes of tenting paint, and each painting that arrives in the studio is assessed independently. Many of the paintings we see have tenting paint caused by the paint layer shrinking. This occurs over time and naturally. Unless an artwork is contemporary or has previously been extensively restored, an oil painting will always have cracks showing.

Environmental factors are a leading contributor to tenting paint. If affected by moisture, perhaps through water damage, the paint layer can be ‘pushed up’ and cause this new shape to take place.

If a painting is exposed to a high temperature with relative humidity, this can also lead to the paint layer tenting.

The below painting features tenting paint and shows how unsightly an artwork can become. 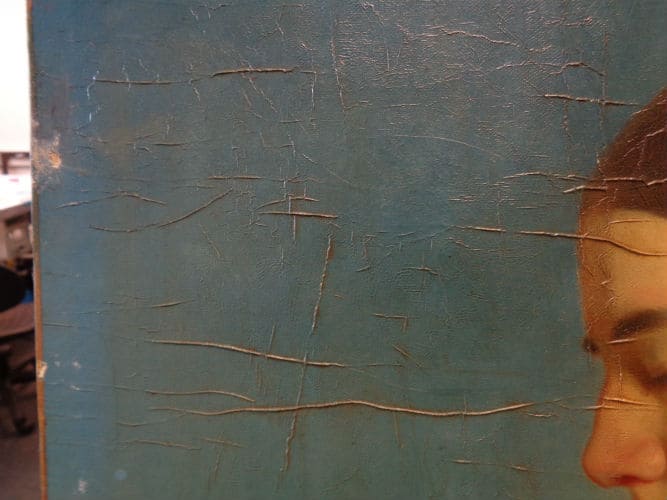 In many cases, the treatment will approximately follow a path where it is necessary to flatten the affected area. The paint layer will first be gently softened with solvents, and a heated spatula carefully applied. It is vital that this treatment is not instigated from the top of the tenting paint, but rather it commences from the base of the affected area, gently working up to ease the paint down.

The treatment is also dependent on how brittle the paint layer is. Sometimes, it is possible to just use a heat treatment and obtain a successful result.

If any losses have occurred, perhaps if the tenting paint has been knocked, then the areas of exposed canvas can be filled and retouched after close pigment analysis.

You can read more about tenting paint in our article How To Treat Tenting Paint.

When the edges of cracked paint curl up this is known as cupping, as the effect is similar to cup-like formations over the painting.

Natural cracks in paint layers allow for air and environmental factors to infiltrate in between and under. Due to changes in temperature and relative humidity, paint may delaminate and curl away from the surface along the cracks. This then forms a concave center with raised edges like a cup.
This can be clearly seen in one painting we have recently had into the studio. As you can see in the below photograph, there are many raised areas across the painting – particularly in the lighter pigments of the sky and sea.

This area needs to be carefully consolidated locally, to ensure that none of the paint layer is lost. Much like with tenting paint, is important to work from the bottom of the affected area of paint, so as not to flatten and crush the paint. 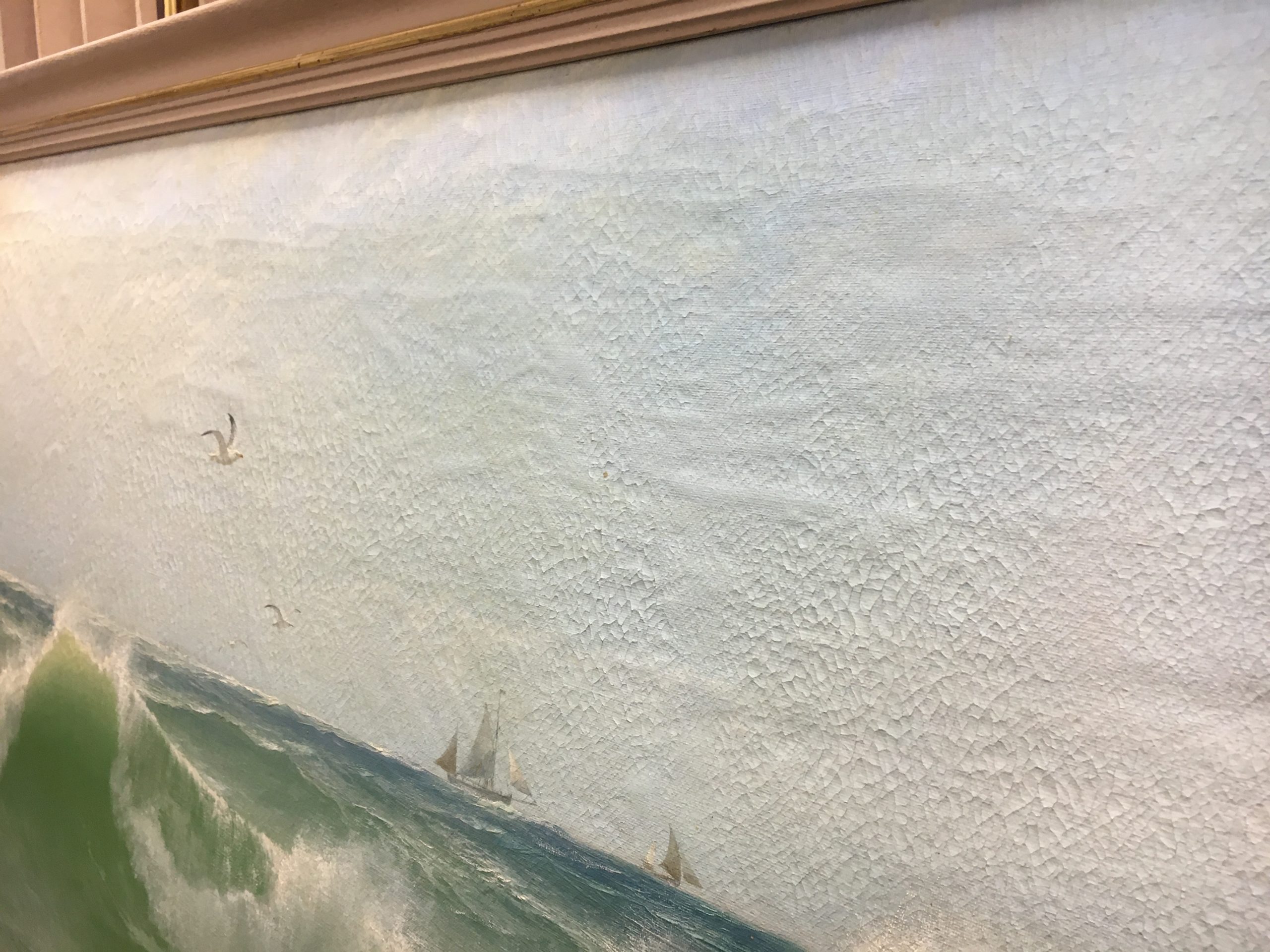 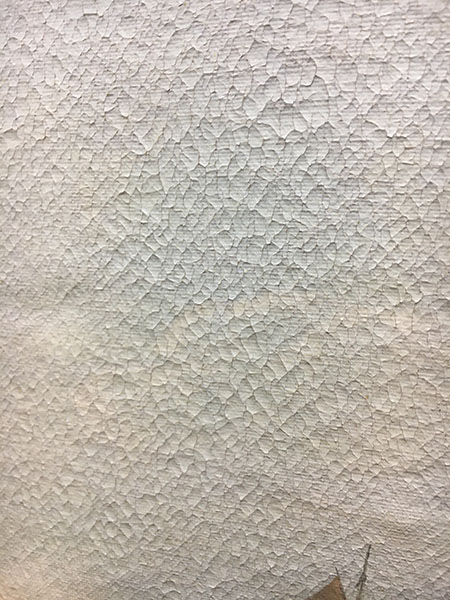 Lifting caused by poor preparation of the artwork

The way in which artworks are created can often lead hidden issues arising, which will ultimately require some form of restoration.

If an artist uses unusual (and therefore unstable) materials or prepares their painting in a non-traditional way, this is when issues appear.

One painting we have recently worked on in the past month has highlighted such issues.

The artwork is an oil portrait of our client’s Grandmother. Understandably it holds deep sentimental value for our client and their family. It arrived in the studio needing extensive consolidation as the paint layer was severely cracked and had substantially lifted away from the canvas, making it very unstable. 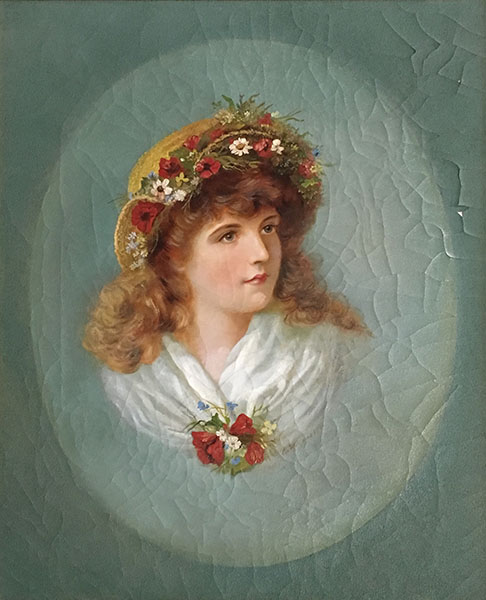 The reason for this condition was due to the canvas not having been prepared properly before the paint was applied. Consequently, the paint had dried at different times and caused the widespread cracking.

Our conservators restored the painting by carefully re-adhering each part of the cracked paint to the canvas locally and then consolidating the whole of the paint layer. Dealing with a cracked or lifting paint layer is always a time-intensive and painstaking job. If the painting had been prepared in the way most traditional easel paintings are, this restoration work would most likely  have been avoided. Now restored, the painting should not cause further issues.

(Please note the before and after photographs were taken under different lights, hence the difference in the green paint) 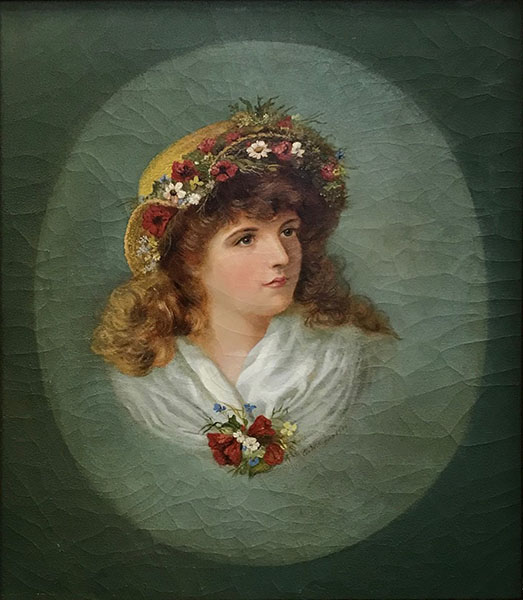 If your artwork has similar issues with the paint layer and you would like our advice, please contact us for our no-obligation help.