Moving house can be a stressful time for anyone; this experience was made even more difficult for one of our clients after their artwork was damaged by a removal company.

Two highly cherished and sentimental paintings were substantially damaged – this was even harder to see after they had been entrusted to a company for safekeeping.

The first painting is a Russian seascape, painted specifically for our client by the artist. This had suffered multiple severe dents to the canvas, caused either by a heavy impact or another object being pushed against the canvas.

The second is a stormy landscape scene of Rame Head in Cornwall, a special place for our client and his family. This painting has been very badly torn in three places with the largest tear at fifteen inches. Our client was distraught at the damage, especially for such sentimental paintings.

Unfortunately, damage caused by mishandling during removal and transportation often causes paintings to require restoration. Every month we receive similarly damaged paintings into the studio which we successfully treat and restore.

After assuring our client that we would be able to assist and restoration would be successful, our team got to work.

The restoration of the seascape

As well as the large distortion on the top right of the painting, there was another area of damage on the top left.

When a painting is impacted in such a way and the canvas is significantly pushed out of shape, it’s unlikely it will completely return to its original condition. This is because there has been too much force against the canvas and it’s stretched so much that its original shape and structure is lost.

We informed our client that consequently there would be a slight imprint on the canvas but overall the area could be stabilised and the painting could definitely be improved.

Treatment began by applying moisture, heat and weight treatment. Conservation weights were applied so that the distortions were carefully flattened and the affected areas could be reintegrated with the rest of the painting.

We also applied patches to the back of the damaged areas to reinforce the weakened canvas. The painting was on quite a thin canvas which contributed to the severity of the damage.

The impact had also disrupted the paint layer, and consolidation was required for where the paint had become unstable. We carefully colour-matched against the existing pigments to retouch the losses, which was the final step of the restoration. 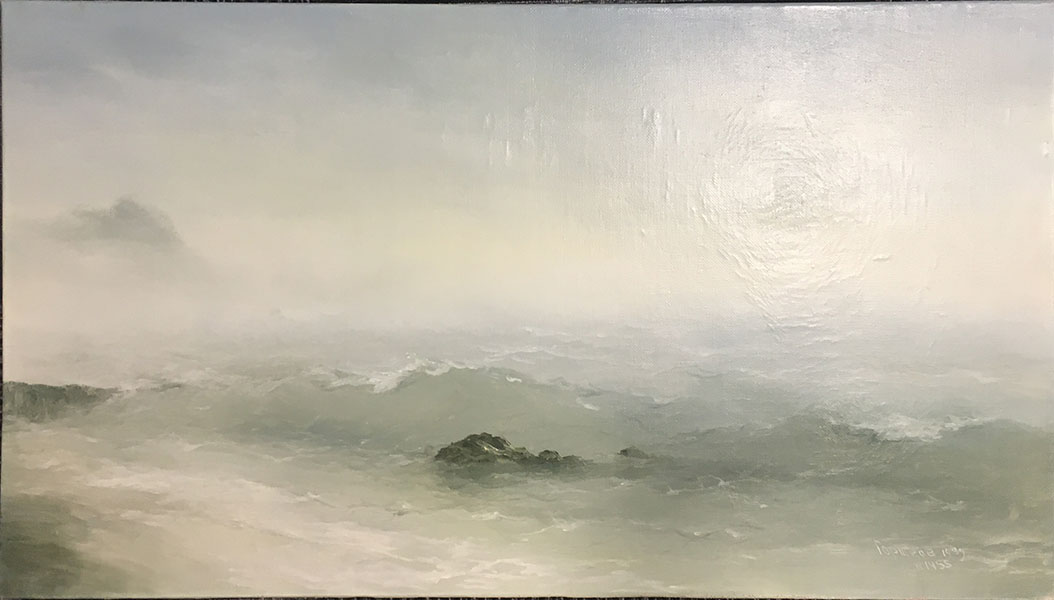 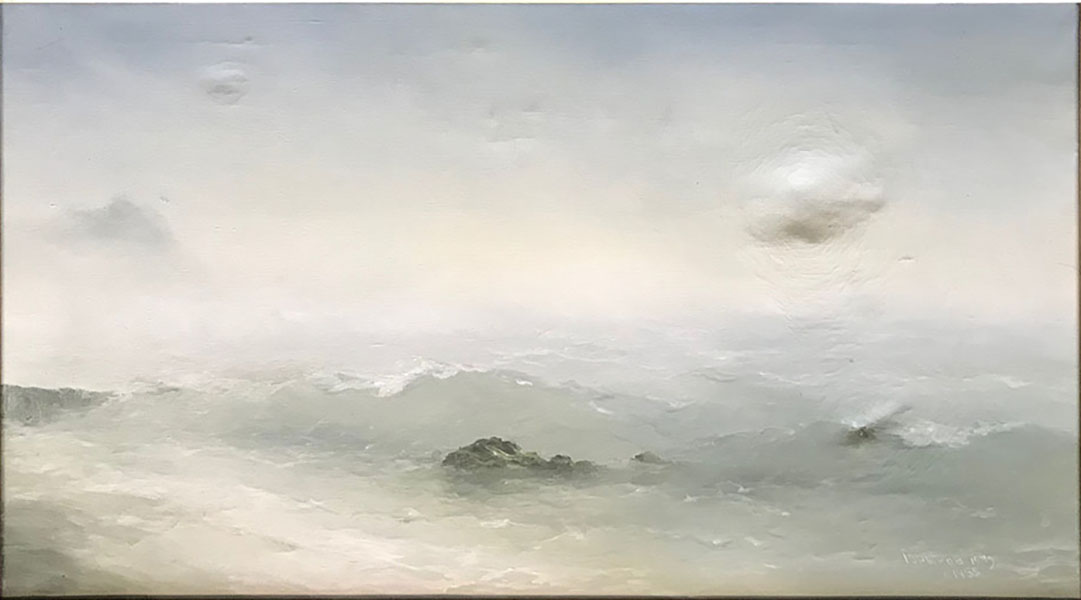 The restoration of the landscape

The landscape painting had been so significantly torn that full lining was required to comprehensively strengthen the painting. Before we approached this stage, the first treatment we carried out was to repair the tear.

Using out a thread-by-thread method with bonding, each individual thread of the three large tears were rejoined. This can be a painstaking process to ensure each thread is properly aligned along the torn edge. In a couple of places, there were holes in the canvas where the impact had been at its greatest. We secured canvas inserts to the back of these areas to make up for the missing canvas. The photograph below shows the repaired tear with canvas inserts. 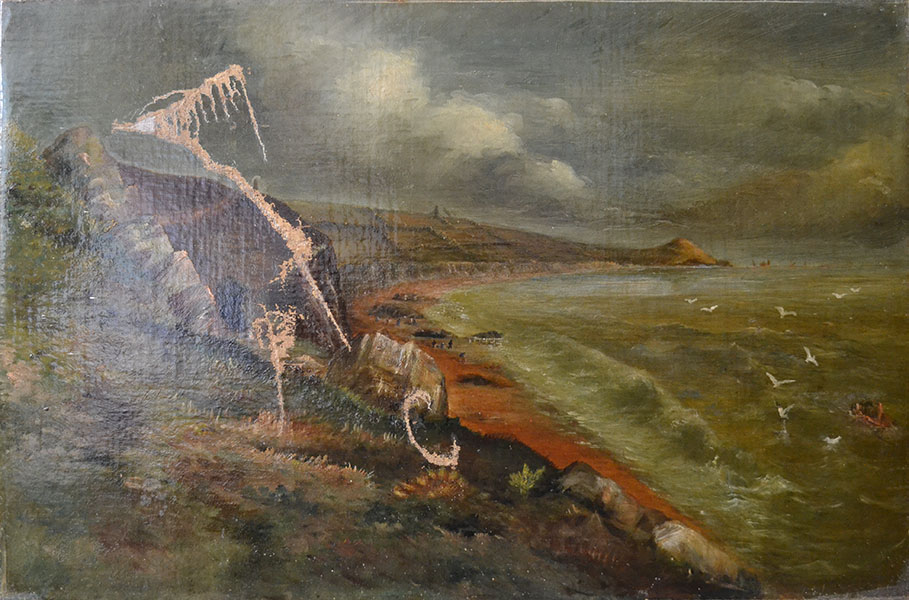 Once the tear repair was completed, we removed the old varnish and surface cleaned the painting. Sometimes we are asked why varnish removal or cleaning cannot be done locally instead of the whole of the painting. If we were to remove one patch of varnish from around a tear, the age of the new varnish would be incompatible with the original varnish. They would continue ageing at different rates and present differently in the painting. Cleaning is done first to be able to access the varnish for removal, so they are always completed together.

With the cleaning and varnish removal complete, we could then begin the lining process. Lining is when a secondary canvas is applied to the original, to provide reinforcement and stability and is carried out for exceptionally damaged paintings. Because of the size of the tear across the painting, the structure of the canvas had been badly compromised and lining was essential.

Once the lining was completed, the stability of the structure was fully restored to the painting.

We could then turn our attention to retouching the painting for the substantial losses that occurred when the painting was damaged. Filler was first applied onto the exposed canvas, and then we colour-matched against the existing pigments to successfully retouch.

A final coat of conservation standard varnish was applied to the painting, which was the finishing touch to the restoration.

It was a pleasure to be able to deliver the paintings back to our client, who was delighted with the results and to finally have such precious artworks home.

The following week we received a kind note from our client thanking the whole team: “Thank you so much for delivering the pictures and in particular for your care and consideration. I would be most obliged if you would pass on my most grateful thanks to your team for the brilliant piece of restoration. You have a superb company, many thanks to all of you”.

It was a satisfying conclusion after such a stressful start for our client in their new home. The paintings can now be fully enjoyed as intended for the years to come.

We’ve put together some advice on best practice for how to safely package artworks which can assist if they need to be transported.

If your artwork has been damaged in a similar way, please contact us for our obligation-free advice and recommendations