Before and after restoration of a teacup

The significance of homeware ceramics can sometimes be forgotten when they are sitting in a household cabinet. These nostalgic collections are often seen as heirlooms, with more sentimental importance than emphasis on monetary value. However, hidden amidst these domestic items can be highly collectible and rare pieces.

As a nation, the British are known for their love of tea, and so a teapot is not uncommon as a centrepiece or collectible item. The history of tea stems back over five thousand years, significantly in China where tea drinking culture began and the Camellia sinensis tea plant traditionally grows.

A recent find in a Derbyshire home was of a miniature ceramic teapot, valued at over £100,000 by Hansons Auctioneers. The teapot was, in fact, an 18th century wine ewer suggested to have been from the palace of Emperor Qianlong. Although it was valued at £100,000, it is likely to achieve higher due to an enthusiastic Chinese market for such pieces and its historical significance.

The importance of tea ceremonies throughout Asian history spans a huge range of antiques history, from ancient eras through to modern.

Historically, Yixing teapots were the first made for the brewing of leaves, replacing tea bowls which had been used before. The Yixing name is indicative of the region in which they are made, as this is the only location in the world with their specific clay. These teapots are still highly prized for their authenticity. In 2010 a Yixing teapot from 1948 sold for $2 million at auction. In 2013 a Yixing stoneware teapot sold for $1.32 million at Bonhams. Yixing teapots usually appear as small, brown pots which may be unnoticed by the untrained eye. Their decoration is often minimal, sometimes with a poem engraved on the side. 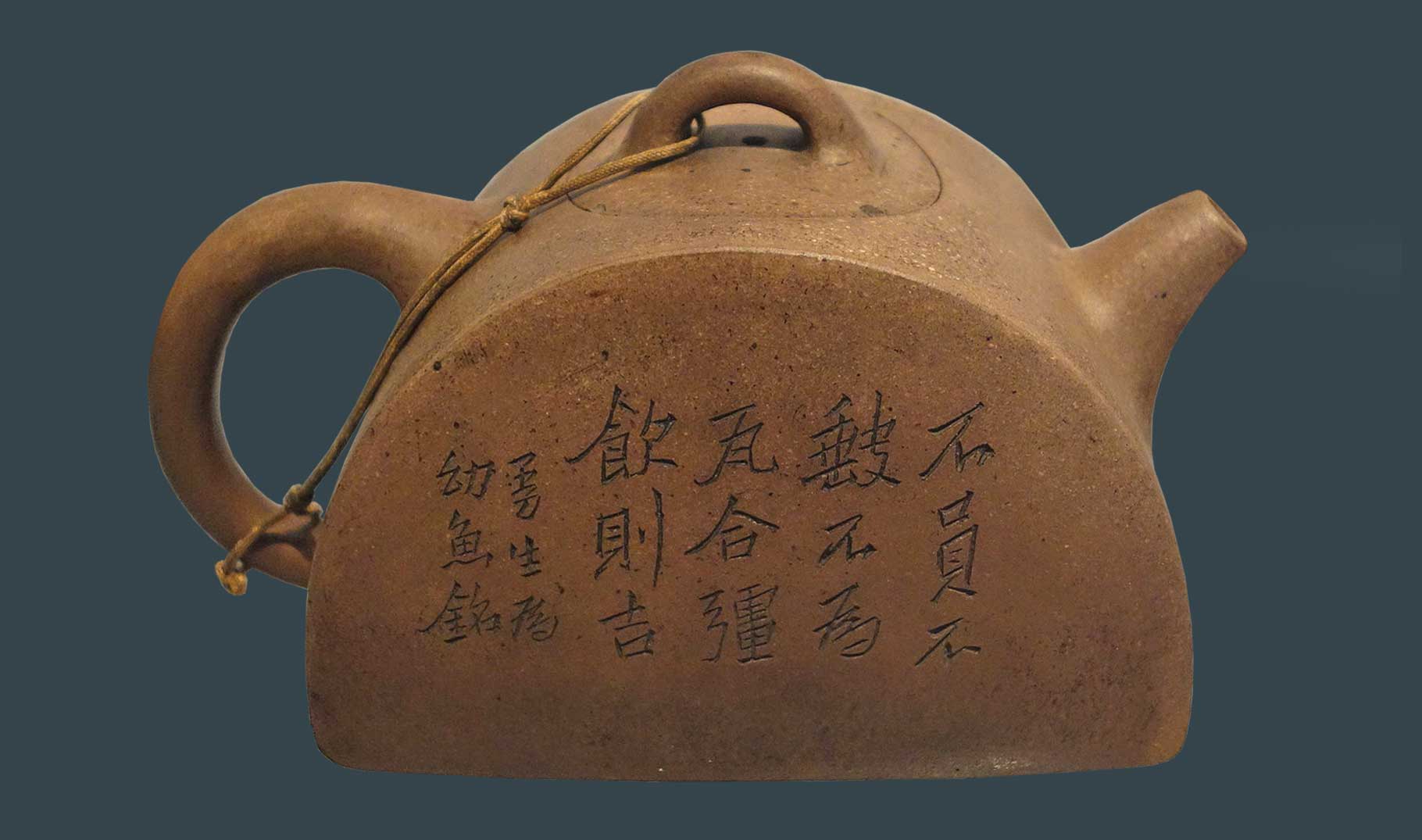 Different eras from Chinese history can affect the value of teaware, with items from the Qianlong period being especially sought after. In 2011 a pair of melon-shaped teapots from this period sold for a record-breaking $2.18 million at Bonhams. A rare pear-shaped Qianlong teapot, which was just 5 inches tall and had a cracked lid, sold for £1,040,000 at Duke’s of Dorchester in 2019.

The East India Company brought tea to Europe from the 17th century onwards, as a product for only the wealthy to enjoy. The leaves were kept locked away in specially made chests, the lady of the house held the key and servants were given a tea allowance as part of their wages. Over time elaborate ceramic teapots and teaware became an indicator of a family’s fashion and status.

Up until the 18th century, teacups were most commonly without handles, designed to make a set with a clay or iron teapot. During the 1800s a handled cup was more widely the popular choice. Porcelain tea sets were important social pieces, especially for the middle and upper classes of Georgian and Victorian Britain. An elegant, antique tea set creates nostalgia today and makes their charm eternally appealing to buyers during auction.

Single teacups can generate more interest than entire sets, depending on their rarity. In 2014 a Ming dynasty cup sold for £21 million at Sotheby’s. The winning bidder then drank from the cup whilst still at the auction house, to celebrate the monumental purchase. The modest piece was decorated with chickens and only 3.1 inches in diameter. If this was hidden in a family collection, it would be very easy to dismiss.

The most expensive set of teaware was from the German ceramics company Meissen, manufactured in 1723. It sold for £541,250 at Bonhams in 2012. The rare collection was a perfect example of eccentric and highly decorative 18th century ceramics.

In 2018 an unassuming teapot bought for just £15 was sold for £575,000 at auction, far surpassing its valuation of £20,000-£50,000. It was discovered to have been part of an original set from the 18th century and one of the first to have been made in the United States. In 2009, an 18th century Wedgwood teapot sold for $130,000, due to the decorative wording being a protest against the ‘Stamp Act’ – a tax imposed on American colonists by the British Parliament, leading to issues that would culminate in the Revolutionary War.

The restoration of ceramics is a specialist field which can yield seamless results. Our trained ceramics conservators can restore almost any accidental damage to household collections, even when they might seem beyond repair.

The Shigaraki teapot before and after restoration

A recent project worked on at Fine Art Restoration Company was that of an oversized Shigaraki teapot with a shattered spout. This unique Japanese piece was seamlessly restored using specialist materials for an invisible repair. This type of teapot is unique in its large size and origin, the classic glazing technique and colour are important not to disrupt. With the breakage in such a prominent position, it was key to ensure this would not change the aesthetic focus or affect its future value. Teapots of this kind can be sold for over £1,000 in private sales and can achieve more in auction. The results achieved by our conservator have allowed this piece to go back on display with no trace of damage.

A ceramic heirloom may hold a lot of sentimental value and for this reason alone their preservation is important. Furthermore, reaching a high price at auction holds the potential for even the most unassuming tea set, so should always be taken into consideration.

As some eras and styles of teapot are so highly prized, the restoration should not affect the value providing this is undertaken sympathetically by reputable conservators. A restored teapot or teacup will certainly yield better results than a collection of broken pieces after an accident.

Even when a ceramic item has a delicate design, an invisible restoration is achievable. A client’s teacup with the intricate scene of a stork flying above a mountain and flowers came to us with a crack which had been repaired at home. The glue had discoloured the surface and made the breakage more obvious than before. After the seamless finish by our specialist conservator, the client remarked that she could no longer see where the damage was originally. This antique cup could now achieve its original value at auction, which it could not have done before the restoration took place.

Before and after restoration of a ceramic teapot