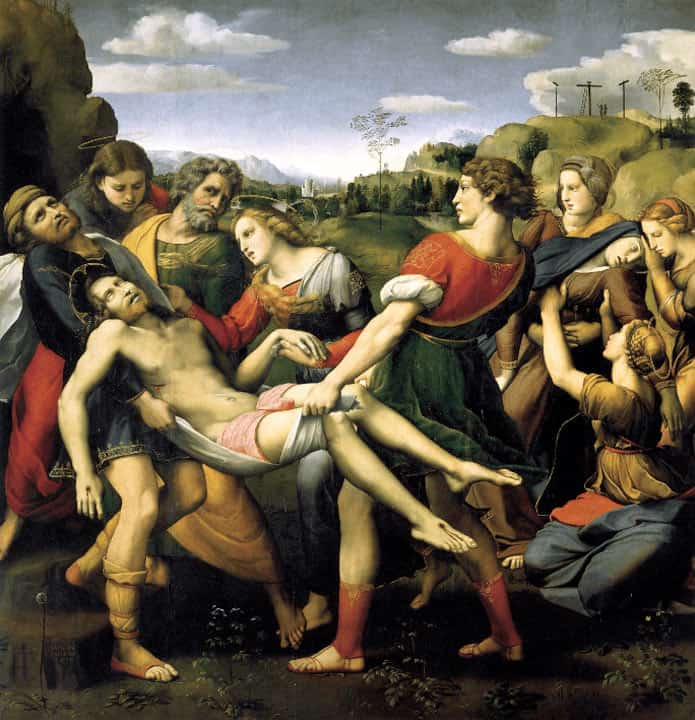 The painting by the Renaissance master Raphael is becoming more and more damaged due to the humidity in the gallery where it’s on display in Italy. This is due to the failure to repair a faulty air-conditioning unit.

Contractors at the Borghese Gallery in Rome have begged heritage officials for the air-conditioning to be repaired, but so far their requests have been ignored. The former director of the museum, Kristina Hermann Fiore, raised the alarm over the conditions these paintings are being kept in.

“The excessive heat has brought out about the risk of a collapse of the masterpiece by Raphael. It is plain to anyone that the artwork has curved so much at either end that you can now see not only the inside of the frame but even the wall behind.”

“In emergencies like this, you need to immediately take down the painting and put it in a horizontal position so as not to aggravate the contraction of the wood fibres. It should be left in that position for a lengthy period of time.”

The existing system was installed in 1997 and has been poorly maintained since then. The Borghese Gallery is home to a number of renowned sculptures and works of art from artists such as Rubens, Titian and Perugino. The lack of upkeep for this gallery is supposedly due to a reduction in funds for Italy’s artistic patrimony.

Italy has more World Heritage sites than any other country in the world, with 50 recognised by Unesco for their cultural or natural significance. All are affected by the heat, humidity and large numbers of visitors, which is a constant challenge for the Italian government. Only recently have they installed a state of the art climate control system in the Sistine Chapel to protect Michelangelo’s frescoes from the sweat and carbon dioxide damage from its thousands of daily visitors. This system uses cameras that regulate the temperature depending on the number of people visiting.