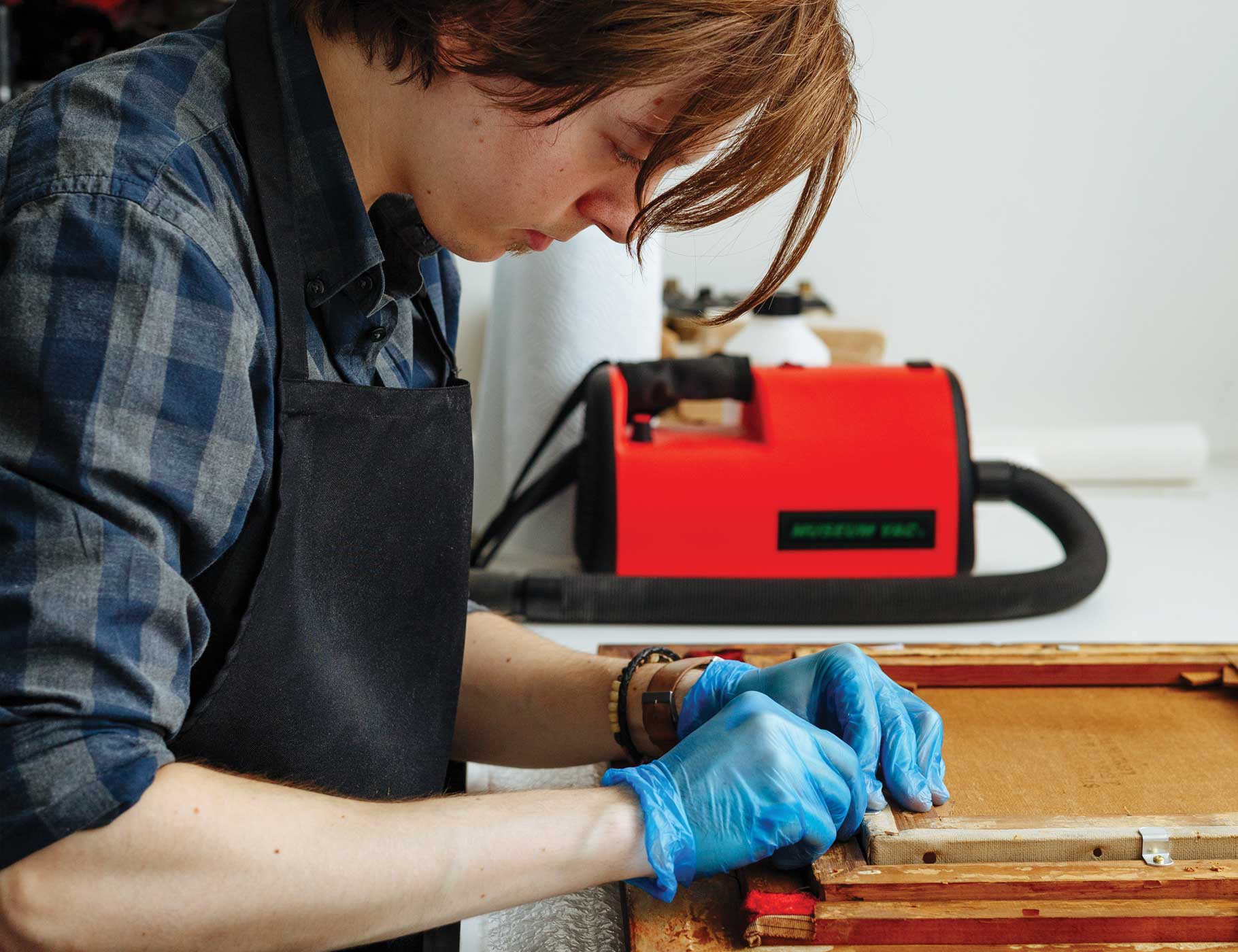 Our conservators work alongside each other to provide a full restoration offering. Wiktor is our specialist in frame restoration and conservation, ensuring that the original frame is just as well preserved and presentable as the artwork it holds.

Wiktor found his way to Fine Art Restoration Company from the Czech Republic. After focusing on art in high school, he became interested in the history of how paintings were created. Wiktor went on to study conservation at university. He now works in our Carlisle studio as our frames conservator, specialising in remoulding lost decoration of antique frames, as well as gilding and stabilising them before they are returned to their painting.

What is your favourite part of the conservation process?

It depends on a project, but most of the time I like to see the half-way during the cleaning process. This is where you will reveal the original look of a frame and what it has the potential to become. Likewise, the halfway stage during the remoulding process of lost decoration is great as it highlights the difference we will achieve. Once you finish a frame it is always satisfying to look through the photos and see how it used to look and compare them with the final finished project.

Why do you think it’s important to conserve the frame, as well as the artwork?

An answer to “why to conserve paintings” is quite obvious whereas frame conservation might be something that people don’t really think about as it is “just a frame”. I beg to differ though.

The frames provide an important role in protecting and enhancing the paintings. Most of the time they also hold a lot of important or very least interesting information about the artwork itself. For example, when was it made, was it restored in the past, who framed it, where was it done and so on. People of the past, like nowadays, tend to change and discard old frames when they get damaged instead of conserving them and thus we may lose a part of our history. 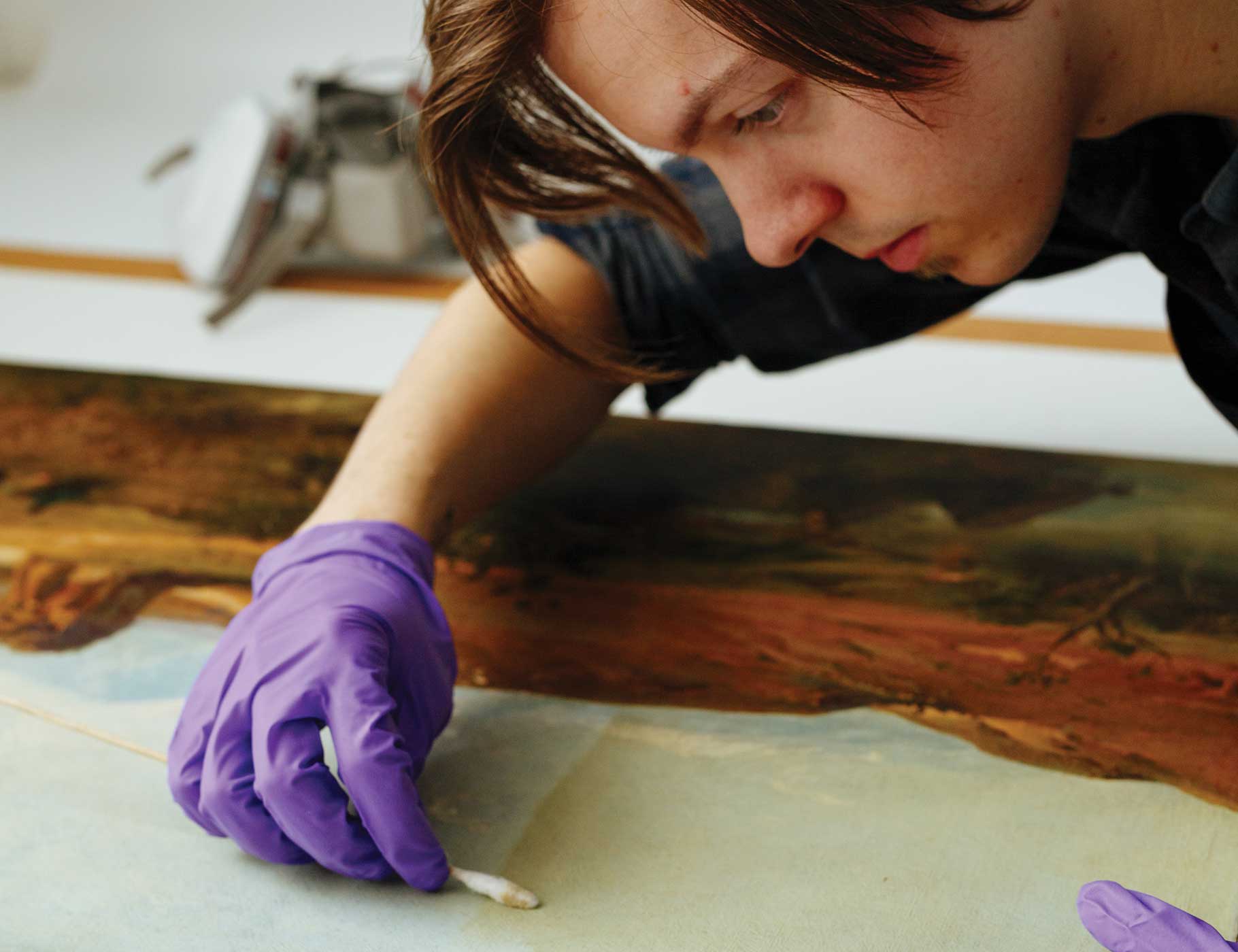 Which frame has been the most challenging to restore, and why?

Not that long ago I was working on a very large frame that literally came into the studio in four pieces. It had been damaged when the framed painting, which was displayed in the stairwell, fell from quite a height. It was part of an accidental damage insurance claim as both the painting and frame were so badly damaged. Well, honestly, you could not even call it a frame. A lot of decoration had broken off or shattered and most of the gilded surface was no longer presentable.

This frame was for me definitely a challenge to work on. After weeks of hard work, the final result was in my opinion heartwarming. It was a frame again and a very nice one! The client was very happy with the result as he could frame his painting in its original frame and that is something that we all here in the studio strive for – a happy client and well-conserved artwork that can endure upcoming decades and hopefully, centuries.

If you could work on any artwork in the world, what would it be?

It is a very difficult question for me to answer. The thing is, that everybody should treat every piece of artwork as if it is the most valuable piece in the world. Even if the technique of how it was made was very bad, it still might carry a very sentimental value to certain people. So I guess that I will have to give you a political answer – I like to work on any frame as it holds a piece of our history.