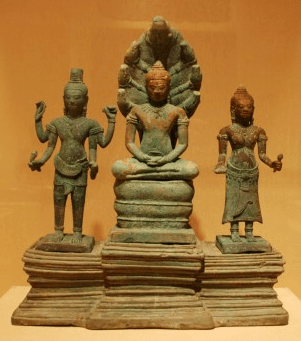 Joel Alexander Greene was sued on the 31st July 2015 after failing to provide sufficient documentation for the provenance of works of art he had donated to the Honolulu Art Museum. This is following Department of Homeland Security seizing seven of the works donated after being informed they were smuggled into America.

All of the artwork donated came from Southeast Asia and were valued at around $1.3 million.

The first piece Joel Greene donated to the Hawaiian Museum was an 11th Century Cambodian sculpture back in 2003. Because of the timely delivery and good condition of the piece, a deal was struck between Mr Greene and the museum. The following year, the Honolulu Art Museum agreed to pay Joel an $80,000 annuity for the rest of his life, but there were some conditions. Greene had offered to donate 37 more pieces of artwork, and this contract was providing that he could provide suitable provenance documentation and information for those works of art.

Experts examined the works he had donated in August 2004 and found some inconsistencies in what Joel had claimed. The artwork was shipped from his home in San Francisco, but he was unable to provide provenance, import and export documents. Due to the circumstances, the annuity deal became void and later in the year. Philippine tribal art he offered to donate was rejected for the same reason.

The case is currently awaiting trial.