It was an unexpected moment of good fortune that saw Mr Henstock become the owner of an unassuming oil painting.

The life of this particular painting had taken a downturn when it was stumbled upon. An acquaintance had banished it from their house to their shed, and when Mr Henstock found it at the start of winter, mould had already begun to set in after being in the shed for just three weeks.

If the painting had remained undiscovered, the mould growth would have spread and likely ruined the artwork. Mr Henstock was advised by a friend to lay the painting flat on top of a wardrobe to allow the mould to dry so it could be removed. Aside from the mould, the painting was structurally sound, with no tears or surface abrasions needing repair. An intensive clean and varnish removal would restore the vibrancy of the painting, and remove any dirt and grime after its shed sojourn. 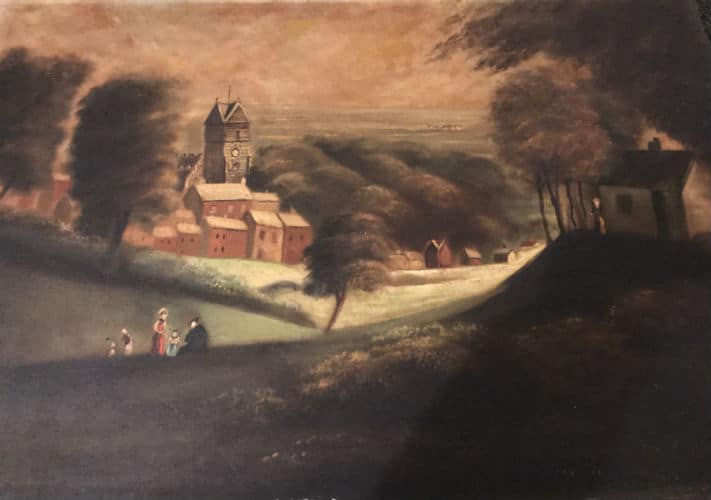 It struck Mr Henstock as an interesting piece, and as a keen local historian, he was eager to find out more.

The painting offered some clues as to its history. At the bottom right of the painting, the date ‘1679′ was visible, along with a faded inscription. From Mr Henstock’s knowledge of the local area around Manchester, he was able to identify that the painting was looking from an estate called Langley Hall, over to the village of Langley. It is possible therefore that the painting was painted by the local gentry or landowner.

Understandably, Mr Henstock wanted to preserve this important piece of local history and got in touch with the studio.

Our first priority was to take a look at the mould on the back of the painting, and ensure any active mould spores were comprehensively eliminated. The painting was successfully decontaminated and the mould caused no further risk to the painting.

The solvent clean and varnish removal could then begin, with fantastic results. 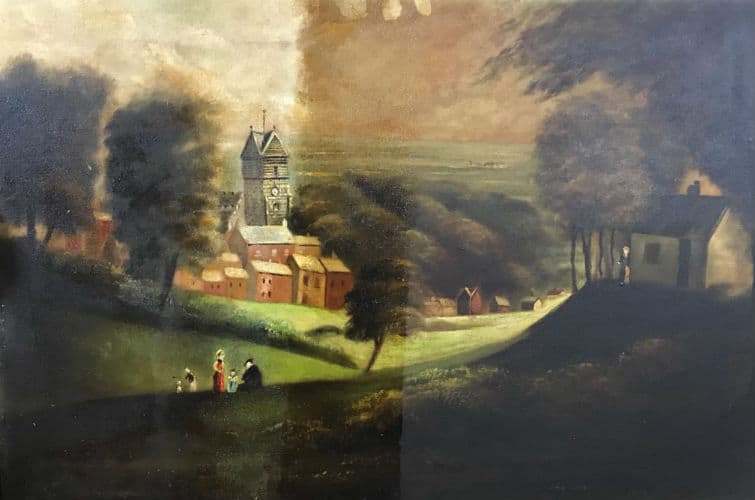 The discolouration, most evidently seen in the sky, was removed, and the original colours and details of the painting were revived.

One such detail is the in the church, which has been on the site since at least 1100AD. It is one of only five in the country with a wooden steeple.

The cleaning and varnish removal also revealed more of the inscription on the painting. Our client clarified that the main road through the painting is called Long Lane or Long Street which appears (at least in part) to be included in the painting. The signature may read ‘Heale’ although it has become too faint to be able to properly decipher the letters. Further research can continue to determine the artist and tie up the local connection.

After the restoration of the painting was completed, we delivered the painting back to Mr Henstock and its new home. It can now be enjoyed for many years to come as an important piece of preserved local history. 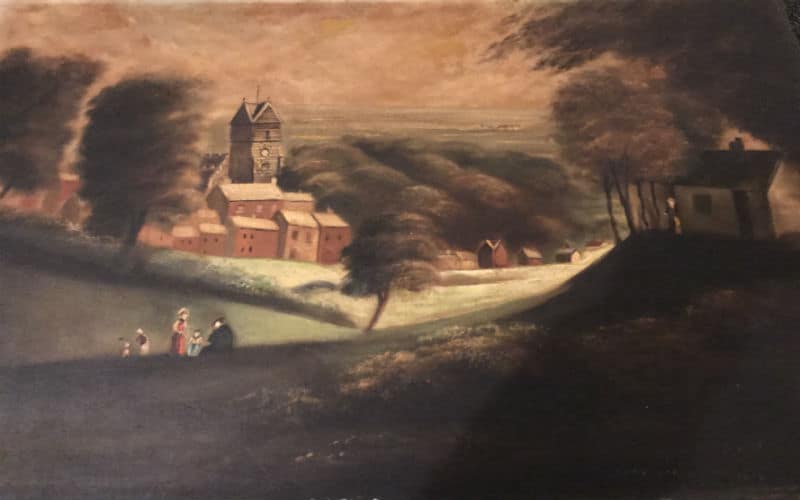 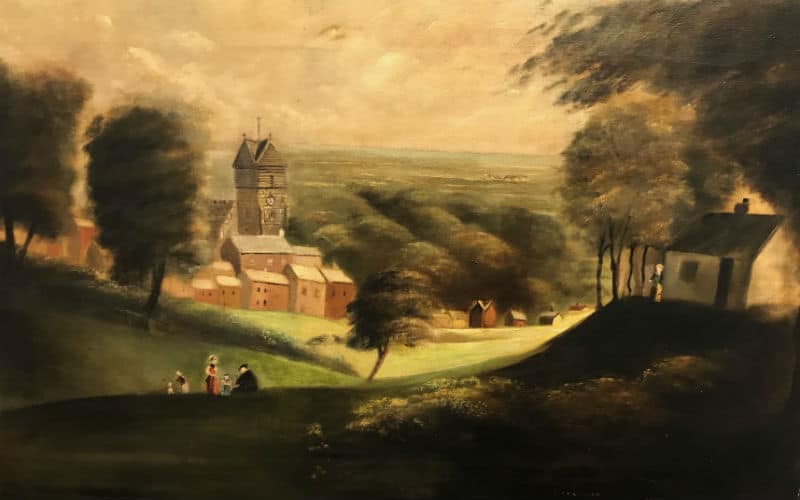 If you have a similar artwork that has suffered damaged or needs a clean and would like us to take a look, please contact us for our recommendations and a quote.